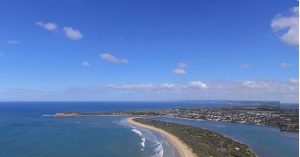 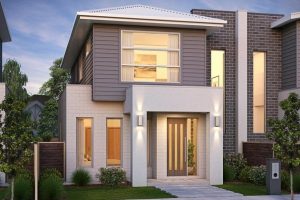 High Spec, freehold town-homes in the beautiful coastline area of Ocean Grove.  Located in Oakdene Estate – a master planned development within an established community that suits young families through to baby boomer retirees.  The estate is only 3kms from the beach and convenient to the Bellarine Highway. 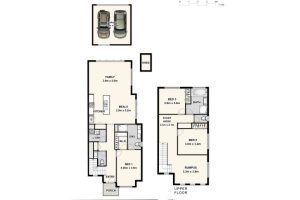 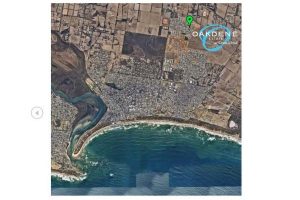 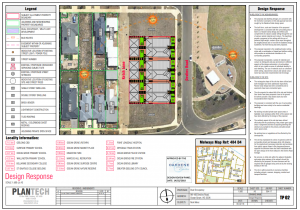 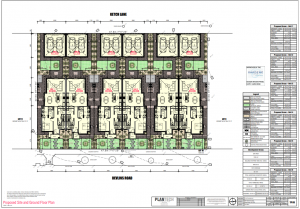 Market Value – as if complete 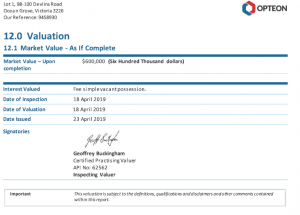 Valuation of similar properties in the area 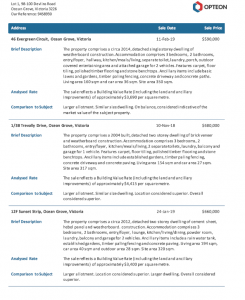 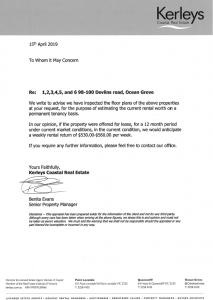 Oakdene Estate is an established community in the heart of Ocean Grove and is located just moments from the beach and surrounded by the stunning and vibrant Bellarine Peninsula.

Every aspect of Oakdene Estate has been thoughtfully considered and carefully planned. Conservation and environmental protection is a priority, together with building design and sustainability creating a better living environment for residents.

Perfect for families, the kids will enjoy hours of fun on the estate playgrounds. A football and cricket ground is also coming soon to Oakdene Estate. The estate is also just a short distance to the Oakdene Vineyards.  In celebration of the history and heritage of the area, Oakdene Estate also uses famous local shipwrecks to name each of its tree lined streets. 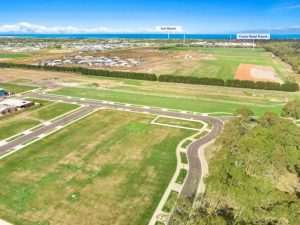 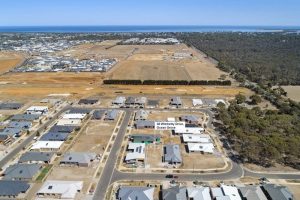 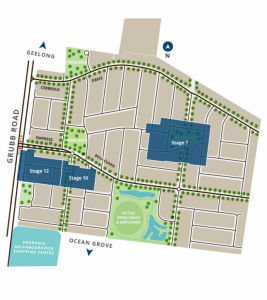 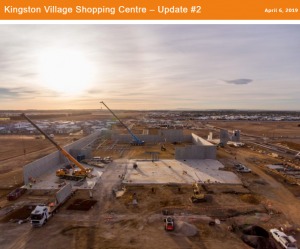 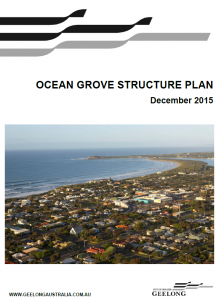 The Ocean Grove Structure Plan is being used by The City of Geelong as a framework for the development and growth of the town.

Key Influences such as Urban Growth, Settlement and Housing, Infrastructure, Natural Environment, Economic Development and Employment and Rural Areas are all factors that this plan has taken into consideration.

The Vision for Ocean Grove in the year 2015 was:

Ocean Grove is a major town offering a range of lifestyles, culture and natural assets. While it is a designated growth town, Ocean Grove will retain its coastal urban character and protect and promote the attributes of the natural environment.  As an integral part of the Bellarine Peninsula, Ocean Grove shares the attributes of other towns, the rural sector and our natural environment.  Active community participation is encouraged to maintain all these linkages and attributes.

The Structure Plan directions have the aim that by 2030 Ocean Grove will be a sustainable sized community with: 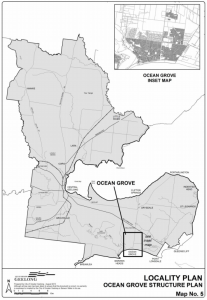 The town has a dual role as a coastal town and a tourist destination and contributes to a unique collection of small towns in the Bellarine Peninsula. It provides a range of facilities for both residents and visitors which supports its dual role. These include a vibrant town centre, sport and recreation facilities, tourist accommodation and coastal assets. Whilst the town is identified for urban growth in the Greater Geelong Planning Scheme, there is also emphasis on protecting its coastal character.

The town is constrained by natural features to the south, east and west. The southern boundary is formed by the coast with locally significant vegetation and Bass Strait. To the west is the Barwon River and Barwon Heads beyond; and to the east are the Lake Victoria wetlands. The northern boundary of the town abuts rural land and the Ocean Grove Nature Reserve. The topography is gently undulating in the northern areas to steeply sloping within the town, closer to the foreshore and the natural dunes formation underlying. There are limited views to all of these features but some clear sea views centrally from the corner of Tuckfield Street and The Parade.

The settlement boundary is drawn tightly around existing land uses in Ocean Grove including the north-east growth area, east of Grubb Road. Within the settlement boundary, a range of zones have been applied to reflect the various land uses. Outside of the settlement boundary, the Farming Zone (FZ) prevails as the main land use zone. The primary General Residential Zone areas are located east of Grubb Road, north of Shell Road and south of Thacker Street. Land east of Grubb Road, within the north-east growth area, is being subdivided in a staged manner at typical suburban densities. The growth area also includes Commercial 1 and Commercial 2 Zone land, which is identified for a neighbourhood activity centre and restricted retail. To the north of Shell Road there are a range of land uses including General Residential Zone, Public Park and Recreation Zone (PPRZ), Commercial 1 Zone (C1Z) in the form of the Ocean Grove Marketplace neighbourhood activity centre and Rural Living Zone at Trethowan Avenue.

To the north of Thacker Street, there are a range of urban edge treatments, including the  Low Density Residential Zone (LDRZ), Rural Living Zone (RLZ) and Special Use Zone (SUZ), which provide a transition to the Farming Zone. Also, to the east between Shell Road and Bonnyvale Road another Low Density Residential Zone forms part of the town edge. 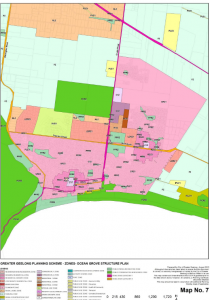 Ocean Grove is located on the Bellarine Peninsula and is a bustling commercial and holiday centre.  Being the largest town outside Geelong on Bellarine Peninsula it offers a wide selection of shopping facilities including major supermarkets, restaurants, cafes and specialty shops.  Coastal attractions include surf beaches, walking tracks, native gardens.  The Barwon River offers sheltered swimming and sandy shorelines and boat ramp access.  This area offers a beach lifestyle combined with tempting treats from local gourmet food and wine producers.

With so many things to do, see and taste living here feels like a holiday all year round.  There is something for everyone – beaches, sports, adventure activities, events and festivals, food and wine and plenty of family fun.

The Bellarine Highway is the major road link, running east from Geelong though the middle of the peninsula to Queenscliff.

Ocean Grove has the largest shopping centre on the peninsula. Only a few blocks from the beach, it is popular with tourists and locals alike. In 2005 a newshopping centre was built in the Collendina area, allowing the locals to shop at both Coles and Safeway supermarkets.

The Kingston Village shopping centre is currently under construction to provide further services to the community.

The town has an Australian Rules football team competing in the Bellarine Football League.

Golfers play at the course of the Ocean Grove Golf Club on Guthridge Street.

The 2019 Federal Budget has also included plans for local investment in: 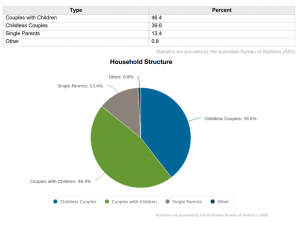 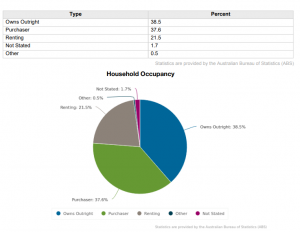 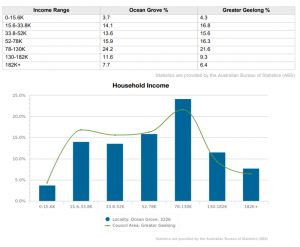 Geelong is located 75km southwest of Melbourne and is a thriving progressive community and offers a high standard of living and a spectacular coastal environment.

Geelong is evolving from its traditional manufacturing base and expanding into a ‘new economy’ city with a broad range of industries and a growing population.  The city is no longer relying on manufacturing and is now boasting major capabilities in high-tech and knowledge-based sectors, such as health, research, biotechnology and education, employing a workforce of more than 100,000 (130,000 people in the broader region).

The region has a range of economic drivers including:

The new G21 Regional Growth Plan identifies land to accommodate 80,000 new jobs by 2050 and the region’s demographic profile continues to shift and diversify.

Geelong is home to more than 16,000 businesses and produces a Gross Regional Product estimated $11.003 billion.

Primary industries in the city include health and community (16 per cent of workforce), retail (14.4 per cent), manufacturing (13 per cent), education (10.8 per cent) and construction (6.8 per cent).

Unemployment is trending downwards, falling to 5.2 per cent this year as nearly 20,000 new jobs were created in the region*. (*source: Australian Bureau of Statistics)

More than $1.2 billion worth of major construction and redevelopment is currently underway in Geelong, with another $700 million of projects announced and awaiting commencement, and $21.2 billion worth of works on the drawing board. Current development of the Geelong Ring Road will provide an uninterrupted route to Torquay and the Great Ocean Road.

Some of the Recently Completed and Underway Projects:

Geelong enjoys a strategic location at the hub of a road, rail, air and sea transport network comprising:

Less than an hour from Melbourne, Greater Geelong offers a range of idyllic lifestyle options. Inner city, coastal, suburban, rural or bay side, there’s something for everyone. It enjoys all the advantages of cosmopolitan city living without the congestion, and a wide mix of attractions from natural bush to spectacular surf beaches, historic townships to cosmopolitan shopping precincts.

Sport, leisure and cultural pursuits abound, while education and health options are plentiful and world-class. And, as you’d expect in such a vibrant region, employment prospects are many and varied.