It seems like the media and many commentators are looking for an excuse, any excuse, to explain why our property markets are going to crash.

A couple of years ago it was the fiscal cliff we were going to fall off, then it was massive unemployment and more recently surging inflation and interest rates that would cause our property markets to implode.

Now AMP has come out suggesting the fallout from the Russian invasion of Ukraine could slow Australian residential property sales, increase inflationary pressure, and accelerate a downturn in prices of about 15%.

These forecasts don’t seem to take into consideration the strength of the Australian economy, the shortage of good housing in Australia which will be challenged by a flood of incoming migrants, and the resilience of our housing markets and the Australian banking system.

Now what’s happening on the other side of the world is horrific, and the humanitarian and economic impact will be tremendous and possibly long-lasting, but what will it mean for our local property markets?

According to Dr. Andrew Wilson, Australia’s leading housing economist and chief economist with My Housing Market in a recent Property Insiders chat the following was addressed:

Will a war overseas cause local housing values to crash?

I was surprised to read the following argument in a major weekend newspaper:

“Property prices in Sydney’s harbourside postcodes plunged about 36 per cent when mini-submarines launched an attack in Sydney Harbour in 1942 at the height of World War II.”

The biggest local threat from the Ukrainian crisis – outside escalating into a regional or nuclear war – is likely to be rising oil and energy prices increasing inflationary pressure and the prospect of higher interest rates.

While the Ukraine war may slow our economic growth a little due to the negative impact on confidence, it’s unlikely to drive Australia into a recession locally – so why should property values fall?

Strongest lift in the economy since 1976

The Australian economy (as measured by gross domestic product or GDP) grew by 3.4 per cent in the December quarter – the strongest gain since March quarter 1976.

The strong growth followed a 1.9 per cent contraction in the September quarter, reflecting lockdowns. 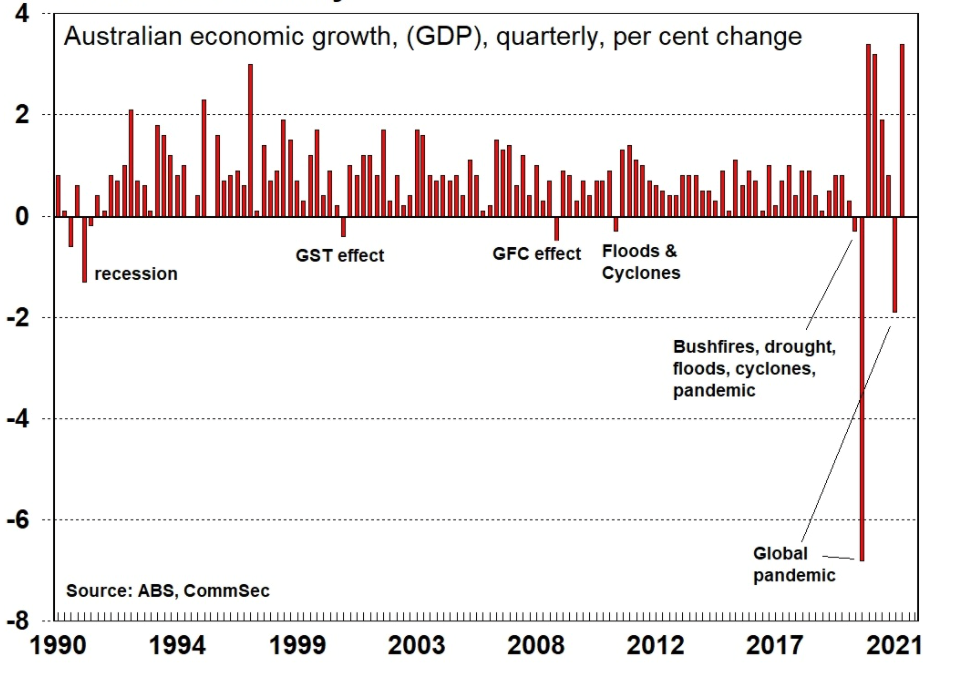 The biggest contribution to the expansion of the economy was household spending (+3.2 percentage points), followed by inventories (+0.9pp).

Last week the latest Building Approval figures were released by the Australian Bureau of Statistics, and they showed the dwelling approvals for new homes fell back to pre-pandemic levels.

Of course, one question that must be asked is how much housing construction was brought forward due to Homebuilder and other state-based constructions grants. 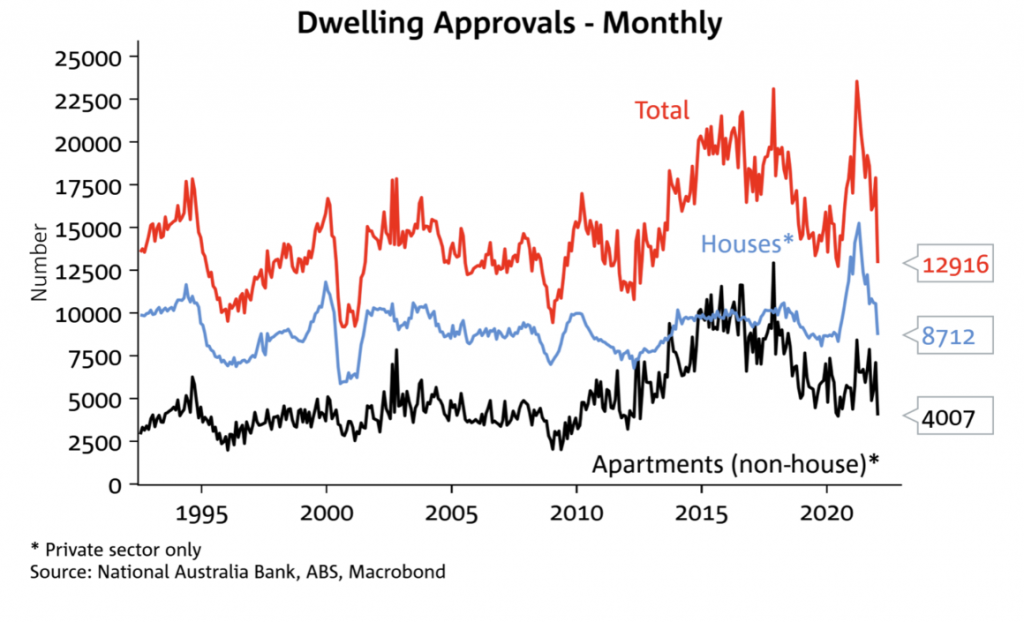 Home auction markets have officially commenced the autumn selling season with more solid results for most sellers although results are generally lower than those reported over February.

Severe weather events however impacted activity in some markets – particularly Brisbane with listings and clearance rates well down on the week before.

The national auction market reported a year-low clearance rate of 73.5% at the weekend which was again well down on the previous weekend’s 77.9% and significantly below the 88.5% recorded over the same weekend last year. 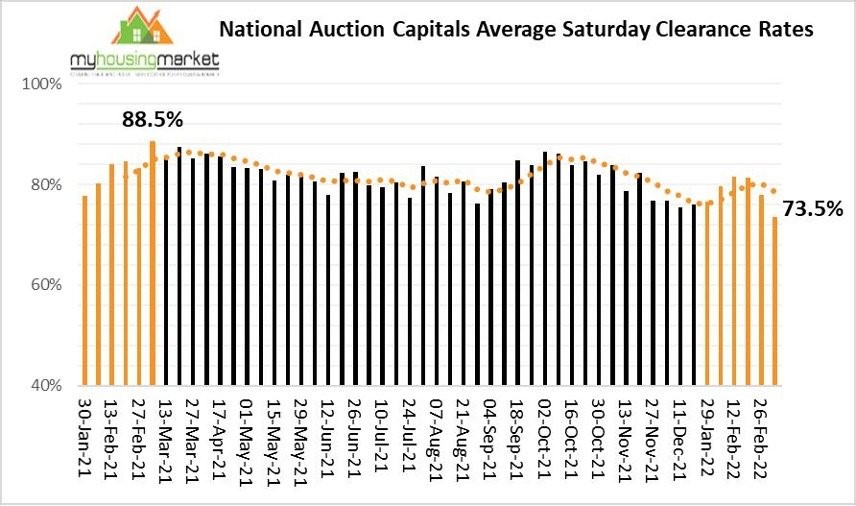 Although auction activity was impacted by weather events over the weekend, overall results have eased compared to the boomtime results generally recorded over February. Buyer and seller activity however remains elevated and reflects the continuation of a sellers’ market overall. 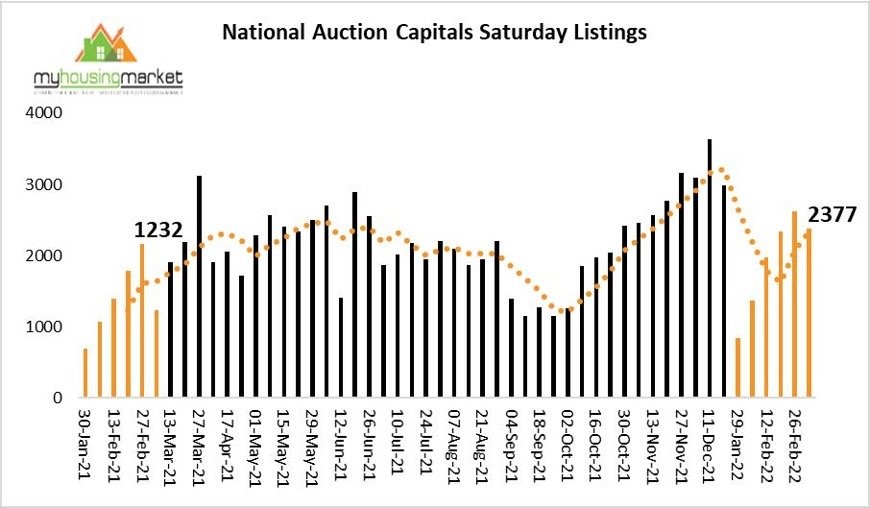 Now is the time to take advantage of the opportunities the current property markets are offering.

BACK TO NEWS PAGE